The True Story of a 1920s Murder Mystery

Major Herbert Rowse Armstrong, Hay-on-Wye's most infamous citizen and the only solicitor ever to be hanged in Britain, was executed 100 years ago for murdering his wife Katherine and attempting to kill Hay's other solicitor Oswald Martin. People certainly seemed to become ill after falling out with Armstrong. But did he do it and did he receive a fair trial? The Poisonous Solicitor uncovers new evidence about the dapper little major whose case absorbed newspaper readers across the world and intrigued writers including Agatha Christie and Dorothy Sayers.

Stephen Bates is a former journalist who worked for the BBC, Daily Telegraph, the Daily Mail and latterly the Guardian for more than 30 years and now writes books instead at his home in Kent.

Stephen will be signing books after the event.

THIS EVENT HAS NOW SOLD OUT

Please enter the Castle from Oxford Road or through the ancient gates from the Market carpark as the Honesty Bookshop door will be locked. 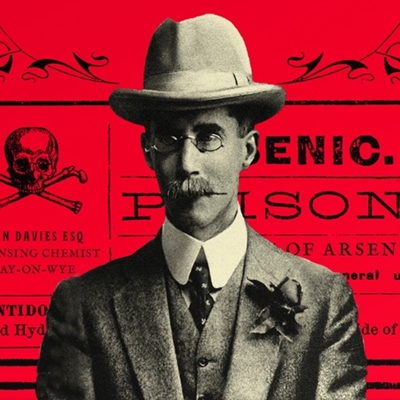 Customers who bought this, also bought