HEXAD is a solo voice vocal ensemble founded by singer-director Daniel Gethin in 2019. The individual members of the group are highly in-demand consort singers, working with the likes of Tenebrae, SANSARA, Ex Cathedra, EXAUDI and Ensemble Pro Victoria. Music for Tudor Queens, Mary, Queen of Heaven and new works commissioned to celebrate Queen Elizabeth II. The performance will include music by William Byrd as we approach his 400th anniversary of his death, Continental Renaissance composers such as Tomas Luis de Victoria, Pierre de Manchicourt and Orlando di Lasso, and newly written music by members of the ensemble, Piers Kennedy and Anna Semple.

Please note concert tickets are now sold out - if you are a ticket holder, you can still book a pre-concert meal below

The Concert starts at 7pm

Epicure events are running a bar from 18:00 until 21:00 and will be cooking a Winter supper: 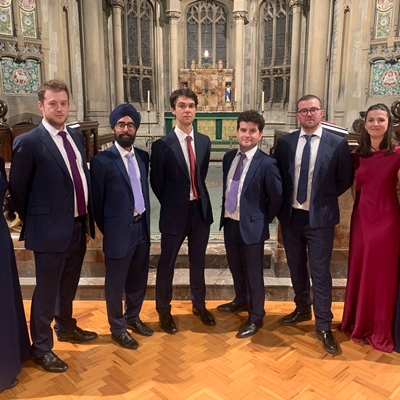